And the correct answer to the Season One Finale puzzle was…

PALACE GAMES! Located at the beautiful Palace of Fine Arts near Golden Gate Park, this company offers two Escape-the-Room puzzle games for teams: the Houdini room and the Roosevelt room. These games are among our favorites of their kind, particularly for their high production value, clever puzzles, and gorgeous location. 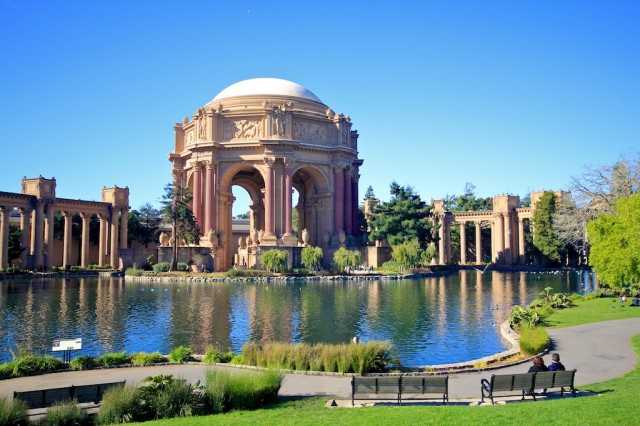 In this puzzle, you first need to determine the participant number associated with each team member, based on the mathematical clues:

Then, the second part of each team member’s clue can be interpreted as one or two crossword clues. West-to-east clues are ACROSS, and north-to-south clues are DOWN. The completed crossword puzzle looks like this:

The final step is to overlay each of the team photos over the crossword grid, such that the purple rectangle lines up with the name of the corresponding Mission Street Puzzles puzzle name or answer. Read the letter at the beginning of the red rectangle, and put together all the letters to get the final answer: PALACE GAMES!

This week’s Fastest Solver was DavidSteinAndFriends, with Never Leave the Mission 2.0 in second and Jeff in third! Congratulations!

And with that….Season One is now complete, but Season Two is just around the corner! Click the link to read more about what’s in store for February. Thanks so much for joining us this season! Hope every team had a great time!

Note: Palace Games is not affiliated with Mission Street Puzzles in any way.

One thought on ““Season One Finale” Recap [SPOILERS]”