And the correct answer to the “Matching Madness” puzzle was…

JUBILEE CHURCH! That’s right, Dani’s next pair of lovers is proposing! Next stop? Jubilee Church to get married! Jubilee Church is an English-speaking inter-denominational church in Seoul, with a mission of serving Asia at large.

Next, the title text hides a clue. The un-italicized letters spell “animated couples”. In the same way that “animated couples” was hidden contiguously across words, these date activity descriptions hold the names of animated couples. For example:
– A beautiful afternoon hiking up Bukhansan on February 9th had me exhausted. At the top, we saw a majestic bird that, in a flaSH, REKindled our connection.
– It was my boyfriend’s second time hiking in northern Seoul. As we looked out over a clifF, I, ON A dare, stepped right up to the cliff’s edge and looked down over the expanse.

Finally, we need to extract something from these couple names. Note here that Fiona’s description mentions “my boyfriend” Shrek. We take her boyfriend’s second… letter, which is H. And finally, there are thirteen days of February listed, so that gives an ordering of these extracted letters.

Putting the extracted letters in order, we get JUBILEE CHURCH! The full solution is at the end of this post, because it is long.

This week’s first-place Fastest Solver was Cardinality, followed by teams Codiak in second and terrapin iterated in third! Congrats!

Congrats as well to Team Alkaline for submitting the Best Photo! 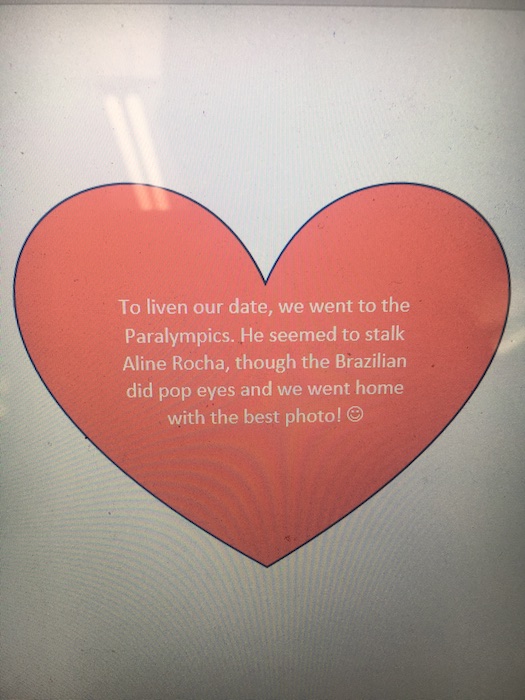 And with that, the next puzzle, “Headlines,” has been posted! Good luck and happy solving!

Note: Jubilee Church is not affiliated with Mission Street Puzzles in any way.