TSURUTONTAN UDON! It’s hard to resist the springy, fun mouthfeel of a fresh bowl of udon, and nobody makes it better than TsuruTonTan Udon. The handmade noodle restaurant was originally started in Japan, and this Union Square Park location is its first in the U.S. According to their website, “Tsuru” is the sound of slurping noodles, “Ton” is the sound of kneading the udon dough, and “Tan” is the sound of cutting the noodles. Yum!

The first step of this puzzle is to solve the sudoku: 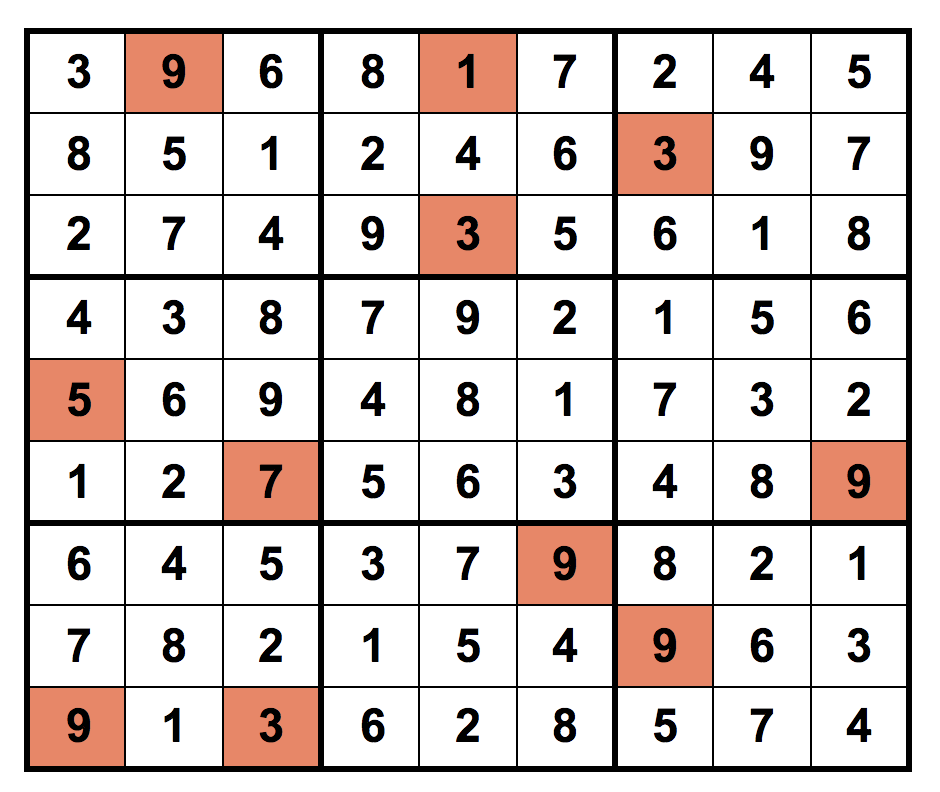 Blacking out the even numbers, as directed in the introductory instructions, produces a crossword-like grid. Each open cell of the grid must be filled by a hiragana character, to spell out crossword answers to the given clues. For example, the clue “Appellation inspiration” has answer NAMESAKE, which you can spell using the four hiragana characters with transliterations Na, Me, Sa, and Ke. The completed grid looks like this: 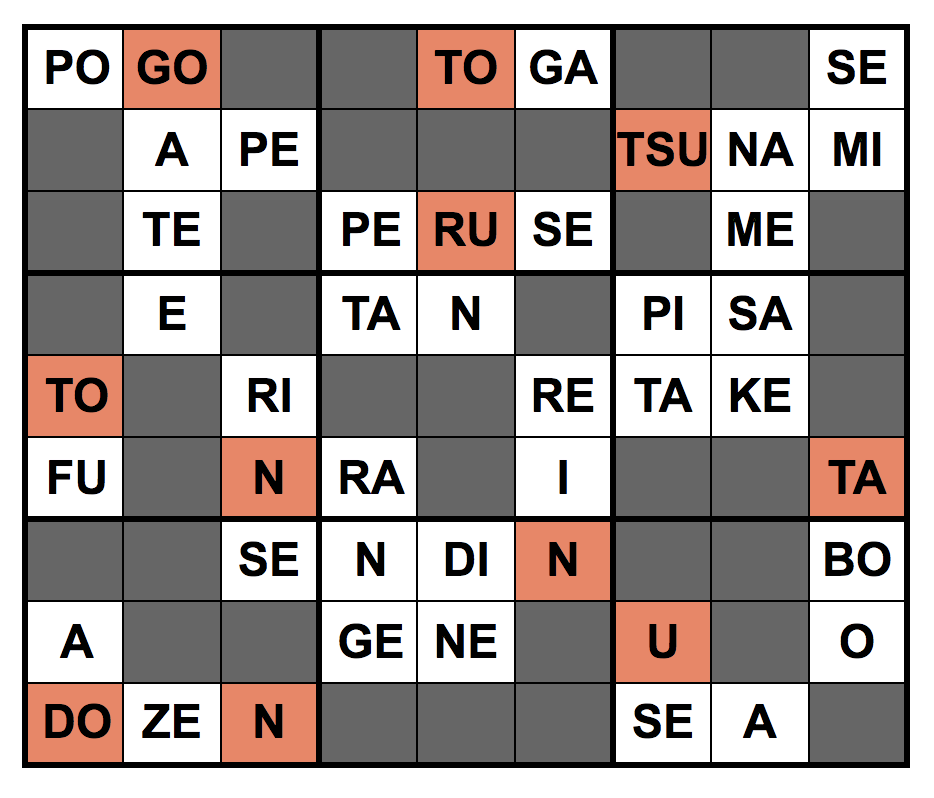 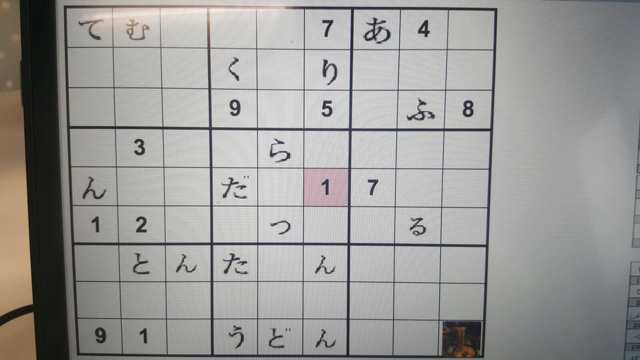 And with that, the next puzzle, “Cheesy Gesture” has been posted! Good luck and happy solving!

Note: TsuruTonTan Udon is not affiliated with Mission Street Puzzles in any way.