And the correct answer to the “Cheesy Gesture” puzzle was…

S&S CHEESECAKE! What could be cheesier–and more quintessentially New York–than a cheesecake? S&S Cheesecake sells some of the best cheesecakes in the city, including not only the classic New York Cheesecake flavor, but also fun fruity ones like cherry and pineapple. Stop by their Bronx location to pick up a team dessert–or order one online from their website!

In this puzzle, you need to use the logic puzzle clues to figure out what’s on each side of each sign, and which side is showing before/after midnight. The solution is: 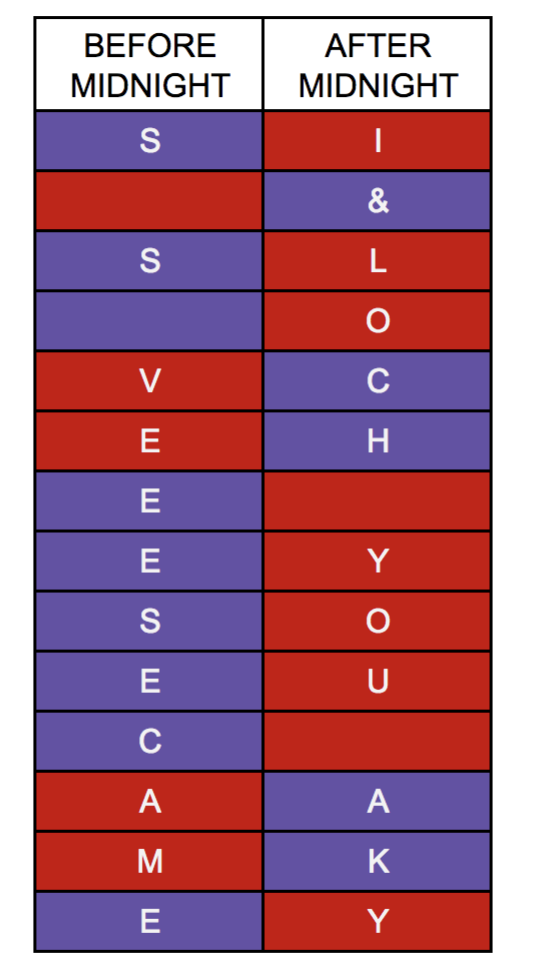 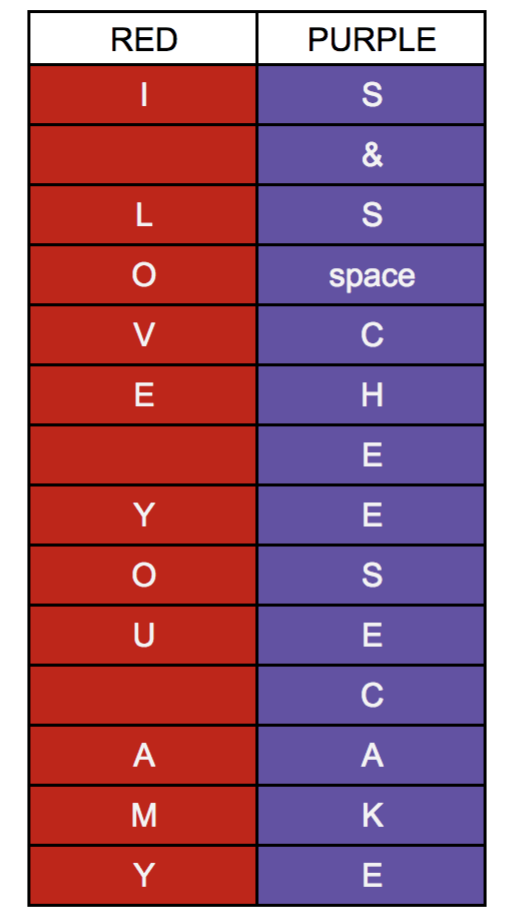 Flipping the signs so that all the purple sides are showing spells out the final answer: S&S CHEESECAKE!

This week’s Best Photo award goes to Team Alkaline, who decided to imagine what really happened between Sam and Amy…

And with that, the next puzzle, “At the Circus” has been posted! Good luck and happy solving!

Note: S&S Cheesecake is not affiliated with Mission Street Puzzles in any way.