“There are fewer than 20 mafia members,” said Anna.

“The detective is Amy, Donald, Fred, Heidi, or myself,” said Andy.

“Either Barbara is a non-doctor townsperson, and/or Amata is the doctor,” said Ashton.

“Hillary is in the mafia,” said Barack.

“Barack and Amata are on opposite teams,” said Ben.

“At least 13 people (other than herself) are on the same team as Gwen.” said Betsy.

“Out of Gene, Grace, and Clinton, at least two of the three are townspeople,” said Carly.

“The number of townspeople is between 21 and 29,” said Carson.

“Hillary and Clinton are both townspeople,” said Chris.

“Either David is the detective, and/or there are four mafia members whose names start with C,” said Clinton.

“Out of Amata, Gene, Grace, and myself, there is at least one doctor and one other townsperson,” said Cory.

“Betsy and Igor are both mafia members,” said Dan.

“Out of Barbara, Bernie, Clinton, and myself, there is a doctor, a detective, and at least one mafia member,” said David.

“The doctor is one of Dan, Gus, or Bernie,” said Debbie.

“There are an odd number of townspeople whose names start with B,” said Devin.

“The doctor’s name is longer than the detective’s name,” said Elena.

“Among Andy, Carson, and Clinton, there is one detective, no doctor, and no mafia members,” said Elizabeth.

“There is at most one mafia member whose name starts with A,” said Eric.

“Among Barack, Gene, Elena, and Hirono, there is one detective and one mafia member exactly,” said Fiorina.

“Among Amy, Andy, Cory, Elena, Grace, and myself, there are exactly two mafia members,” said Fischer.

“Fewer than 17 of us are townspeople,” said Flynn.

“Amy is a townsperson,” said Frank.

“The detective is either David or myself,” said Fred.

“Ibrahim and Ivanka are on the same team,” said Gene.

“Neither Ed nor Irene is a mafia member,” said Grace.

“Fischer and Ibrahim are on different teams,” said Gwen.

“Gary is either a mafia member or the detective,” said Haley.

“Donald and Grace are on different teams,” said Hank.

“Fiorina is either the doctor or the detective,” said Hillary.

“The doctor is among Elena, Grace, and Heidi,” said Hirono.

“At least one of Ivanka or Elaine is in the mafia,” said Ibrahim.

“There are at least four townspeople whose names start with B,” said Igor.

“Ibrahim, Ed, and Irene are all townspeople,” said Ivanka.

“Andy is the detective,” said Anna.

“Fred is not the detective,” said Carson.

“The doctor is Amy, Gus, or Heidi,” said Elaine.

And the correct answer to Dad Jokes was…

END_OF_DOCUMENT_TOKEN_TO_BE_REPLACED

DAD’S FAVORITE MOVIES
A baby, a ninja, and a detective walk into an eleven-year-old girl’s stop-motion world.
A chicken, a monster, a mother-in-law, another chicken, and a pirate walk into a real-estate drama.
A cow, a giraffe, a cannibal, and a clown walk into a dinosaur world.
Two doctors and a duck walk into a Golden-Globe-winning musical.
An engineer, a mother-in-law, an octopus, and a nun walk into a nanny.
A Frenchman, a Russian, an Irishman, an American, and a priest walk into a transformation.
A parrot, a teacher, an astronaut, two magicians, and a witch walk into a supernatural anime.
A blonde, a psychiatrist, a lawyer, and a police officer walk into Arnold.
A spy, a ballerina, a waiter, a politician, and a Russian walk into intrigue on an English holiday.
A zebra, a turkey, a penguin, and an elephant walk into an anthropomorphic animal allegory.

DAD’S FAVORITE SAN FRANCISCO LOCATION
What do you get when you cross a doctor, a baby, a lawyer, two Russians, a witch, a mother-in-law, and an elephant?

And the correct answer to Cute Baby Animals was…

END_OF_DOCUMENT_TOKEN_TO_BE_REPLACED 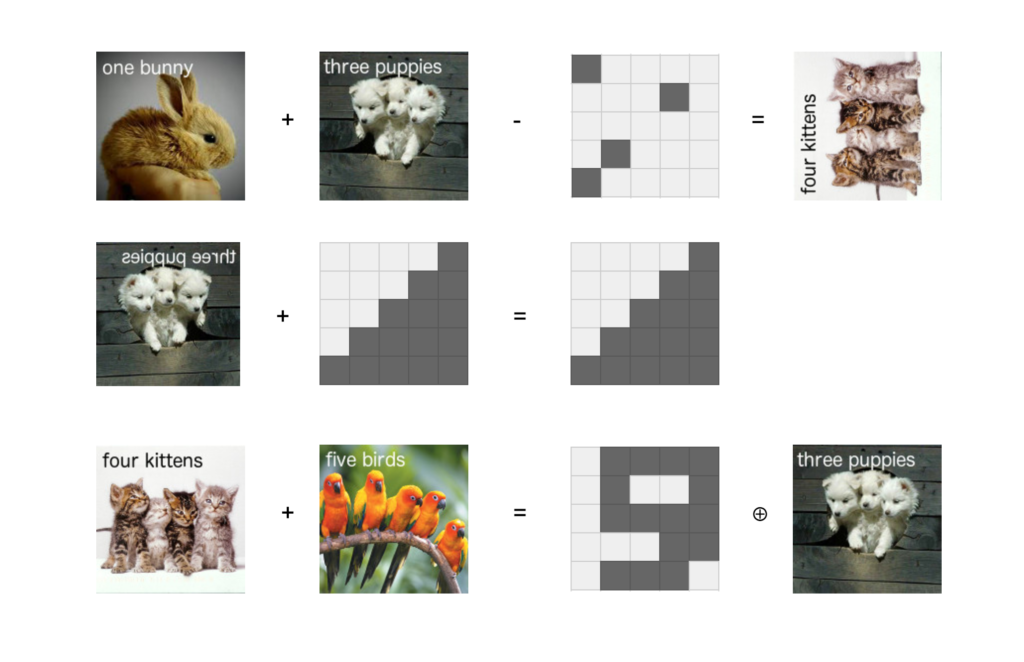 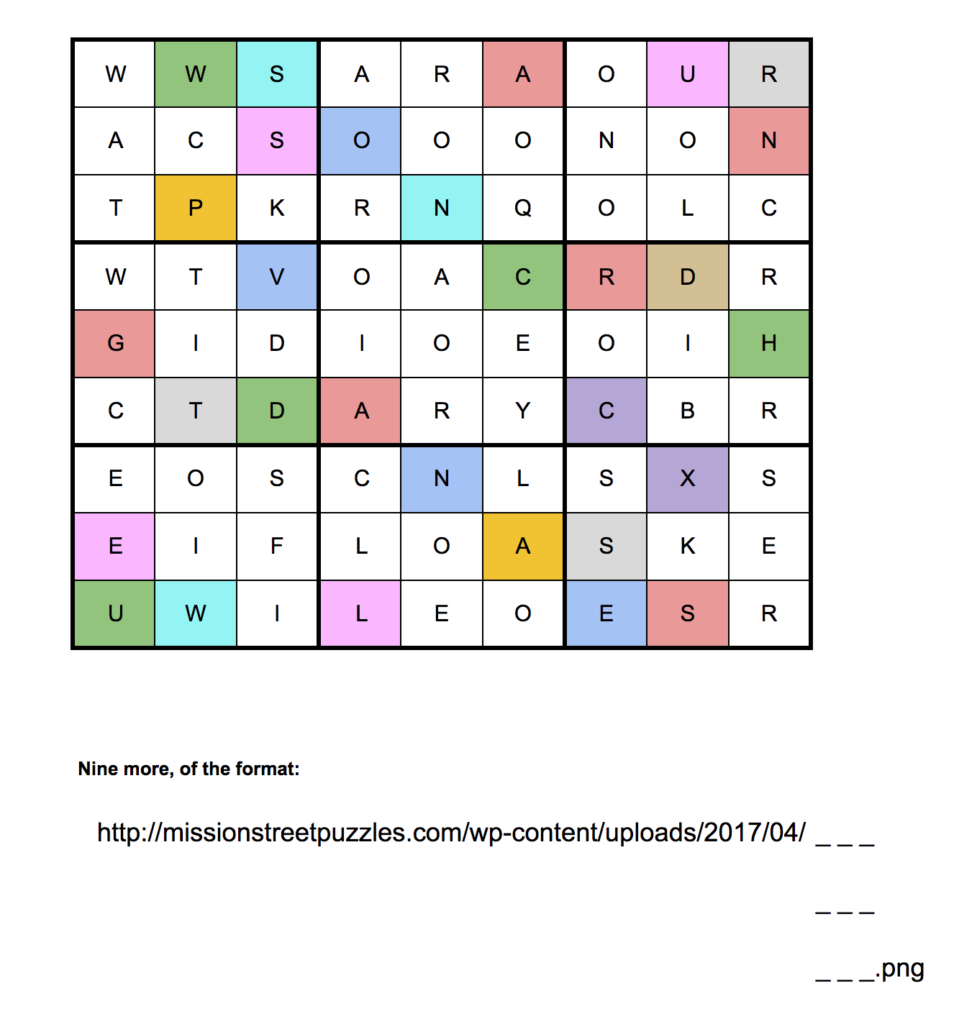 Note: You may have trouble with this puzzle if you are colorblind.

And the correct answer to Green Thumb was…

END_OF_DOCUMENT_TOKEN_TO_BE_REPLACED

Note: This puzzle was updated on Apr. 5th with an additional clue.