And the correct answer to the “Boat Building” puzzle was…

SALT LICK!  This BBQ is described as one of the best in Texas.  Salt Lick features an open BBQ pit where they slow cook their signature brisket for hours at a time.  With a family recipe that roots back over a century, patrons have been drooling over this restaurant’s cuisine since 1967.  The Salt Lick was even featured on an episode of Man Vs. Food in 2009 where they are recognized as one of the best BBQ locations in the country.

In this puzzle we are presented with a set of pentominoes and a vacant raft.  The most obvious first step is to see if we can find a way to fit all of the pentominoes into the blank space of the raft.  After a bit of trial and error (or perhaps some intuition about the cells that are colored orange) one should find a single solution to placing the tiles.  The final assembly is shown in the below picture.

After placing the pentominoes into the puzzle, we notice that the orange sections create four rows where we may presumably place words.  However, several letters are currently missing and it is challenging to determine what these words could be.  So we must first turn our attention to the individual letters in each pentomino.  One will notice that a single piece has already been completed for us with the letter U.  Examining the letters in this pentomino we notice that the letters form an anagram for the word BLUSH.  We can then guess that letters in other pentominos may also anagram to 5 letter words.  After some inspection or the use of an online anagram solver, one will notice that there is only one letter that can be placed into each pentomino to create an anagram with a common English word.  These letters are also shown in the below picture: 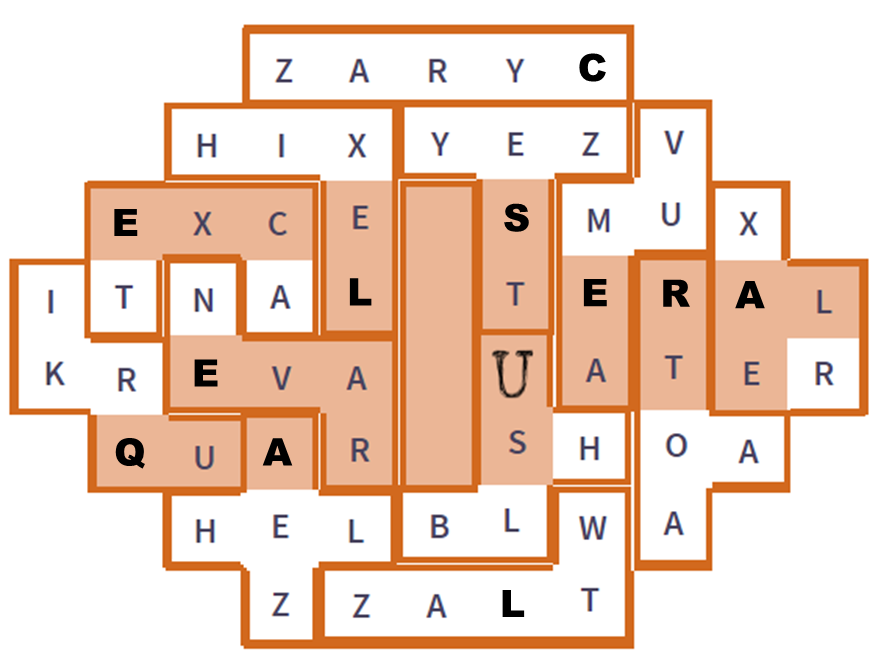 We now have the task of filling in the central cells of the raft.  One aspect to notice is that the horizontal words formed in the orange sections seem to already be in the correct order.  So no anagrams are involved in this step.  Several of the words are easily completed, but one may notice that multiple letters seem to fit into the spaces.  For example, the first line could spell the word EXCESS or the word EXCELS.  One can then verify by inspection or with an online crossword solver that every line can be completed with exactly two letters.  The pairs are:  SL, AI, LC, and TK.  Arranging these pairs correctly and reading down the central column of four cells, we arrive at the final answer to the puzzle:  SALT LICK.

This week’s first-place Fastest Solver was Tyler Hinman, followed by teams Aviation Laws in second and Cardinality in third! Nice work, everyone!

This week’s Best Photo came from the team An Insignificant Onslaught of Trivial Devastation who found some solvers that were very satisfied with this week’s solution: 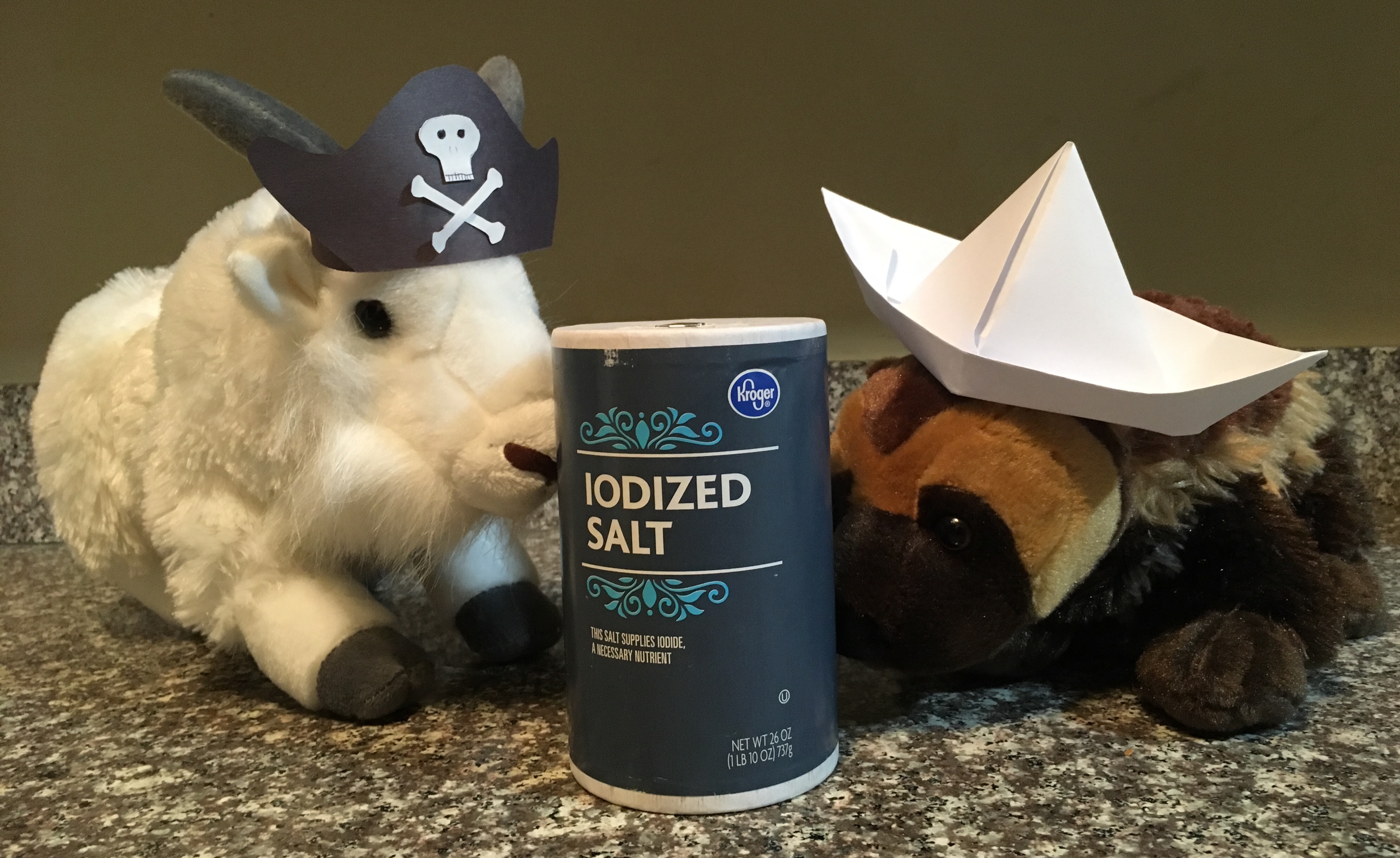 And with that, the next puzzle, “Everything’s Bigger in Texas” has been posted! Good luck and happy solving!

Note: Salt Lick is not affiliated with Mission Street Puzzles in any way.